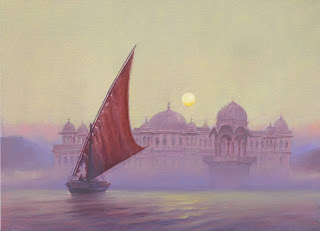 I have just realised that I haven't posted about "The Floating Palace of Ali Mansour" selling immediately it went up for sale on Every Day Original a few days ago. This is the fourth (I think) painting in a row that has sold immediately upon posting for sale, all of them being what I call Orientalist pieces. I think that I will paint some more seeing as they seem to be so popular, luckily I enjoy painting them as well. My next slot on Every Day Original is 28 September so I have time to get another one or two done after I finish the current commission.

Posted by Mark Harrison at 04:22 No comments:

News and a commission 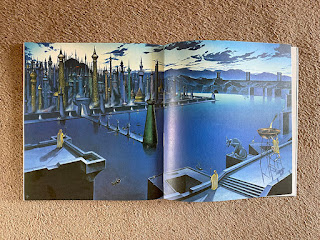 OK first of all an explanation why there have been no new paintings recently. I had a cataract operation on my left eye about twelve days ago and although hopefully successful has left my eyesight temporarily compromised as my eyes are now out of balance in terms of one is short sighted and the other (new) one seems to be more long sighted. This means that things don't look right with glasses on or off at the moment and won't be right again until I can get some new glasses made up but I have been told to give it six weeks or so to let the eye settle down first. In the meantime I seem to be able to work better with glasses off and indeed have now started a new painting. Incidentally the perception of colour is now different in each eye (unless this settles down too) with the older right eye slightly warm and yellowish and the new eye brighter and more blue so colour mixing is going to be interesting!

The commission is from a collector in Singapore that wants me to paint a reinterpretation of a painting I did in the 1980s for a Paper Tiger book called "Realms of Fantasy". He would have bought the original artwork as well but unfortunately I sold it many years ago. He is aware that I don't paint the way I did in those days and is happy for me to paint it with oils in the way that I now work. The illustration was/is a view of the city of Imrryr in the lands of Melniboné from Michael Moorcock's Elric books.

I will not be posting any step-by-step progress photos as I go along as it is unfair on the client who should see it first before anybody else. 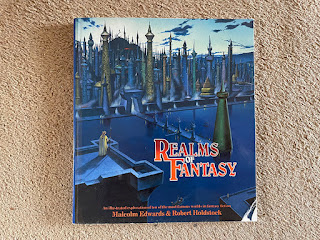 Posted by Mark Harrison at 04:04 No comments: 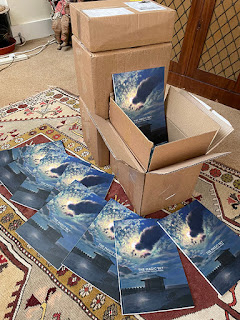 One hundred nicely printed books arrived yesterday from Gemini Digital Colour. I am taking one to the Post Office today in the packaging to get the postage prices for the UK, USA and the EU. I will then post them up and start asking for addresses from all the people that have put their name down for one and also start requesting the Paypal payments.

Posted by Mark Harrison at 02:48 No comments:

The Floating Palace of Ali Mansour Ali Mansour ruled a small Rajput kingdom in an isolated corner of Rajasthan and continued to do so after he made a deal with the British Raj to fall in line with their policies and intentions. In return for his cooperation he was left alone to live as he lived before in splendid and indeed luxurious isolation. He built himself a palace in the lake where he would stay in the summer months to escape the heat when he was not in in his other Summer Palace high up on a nearby mountain. As he grew older the luxurious lifestyle began to take it's toll as he retreated ever more into a drugged torpor of indulgence and satiation. As he grew weaker in strength and power his eldest son who was appalled by his father's indolence and fealty to the Raj overthrew his father in a night time attack and had him incarcerated in the fort that overlooked the lake where his father spent the remainder of his days forever looking out to his floating palace haunted by the memories of what once was.

Well, that's what they say or did I hear that story in a dream...

This will be the painting for my upcoming slot on Every Day Original on 28 July after the painting that was originally intended for it, "Al Madina Mashriq" sold virtually before the paint was dry when I posted it.

The setting is Mughal India but I have taken the liberty of having an Egyptian felucca in the foreground (all my Orientalist paintings are after all, fantasy) and decided to have an early morning light for a change after a number of recent nocturnes. It is based on a yellow/violet colour complementary and wanted a quiet, hushed atmosphere as the boat quietly approaches the palace in the morning mist. It is based on a memory of when I went to Udaipur in 1989 where there is indeed a palace in the middle of the lake although now it is a hotel.

There is a short step-by-step progress through this painting including the colours I used in previous posts on this blog.

Posted by Mark Harrison at 04:18 No comments: 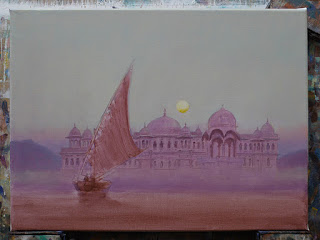 Painted a thin semi-transparent wash of yellow over the sky and put in a tiny amount of yellow in the lower part of the sun. I have then roughly put in some detail into the palace building before I paint over the lower half for the morning mist. Hoping to finish it on Wednesday...

Posted by Mark Harrison at 09:49 No comments: 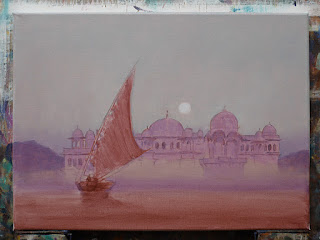 First colour pass on the sky and the palace. I'm painting the sky in glazes as it relies on colours showing through others, the next glaze will be a yellow (I think) and some yellow in the sun. The painting is based on a yellow/violet colour complementary so as the yellow sunlight is behind it, the palace is in violet shadow, particularly as it is made of white stone.

Posted by Mark Harrison at 09:07 No comments: 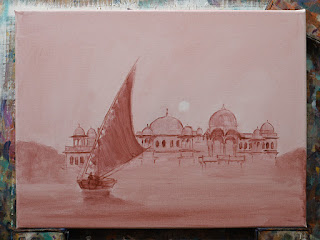 Seeing as "Al Madina Mashriq" sold so quickly after being painted I need to paint another Orientalist piece for my upcoming Every Day Original slot on July 28 as that was meant to be the piece. So I am painting something vaguely similar in that it is a boat heading towards Islamic buildings but this time it is set in Mughal India with no mosques and minarets but a Mughal style palace on a lake something lake the Lake Palace in Udaipur which I went to in 1989. It will also be different in that it will not be a nocturne but an early morning with the palace rising out of the mist with the sun breaking though in the background.

This is the initial tonal underpainting using my usual mix of Burnt Sienna and Winsor Violet thinned with Liquin and applied with a small bristle brush, a Flat brush and a rag.

Posted by Mark Harrison at 09:14 No comments: 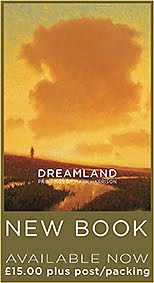 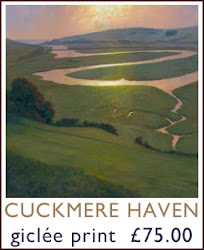 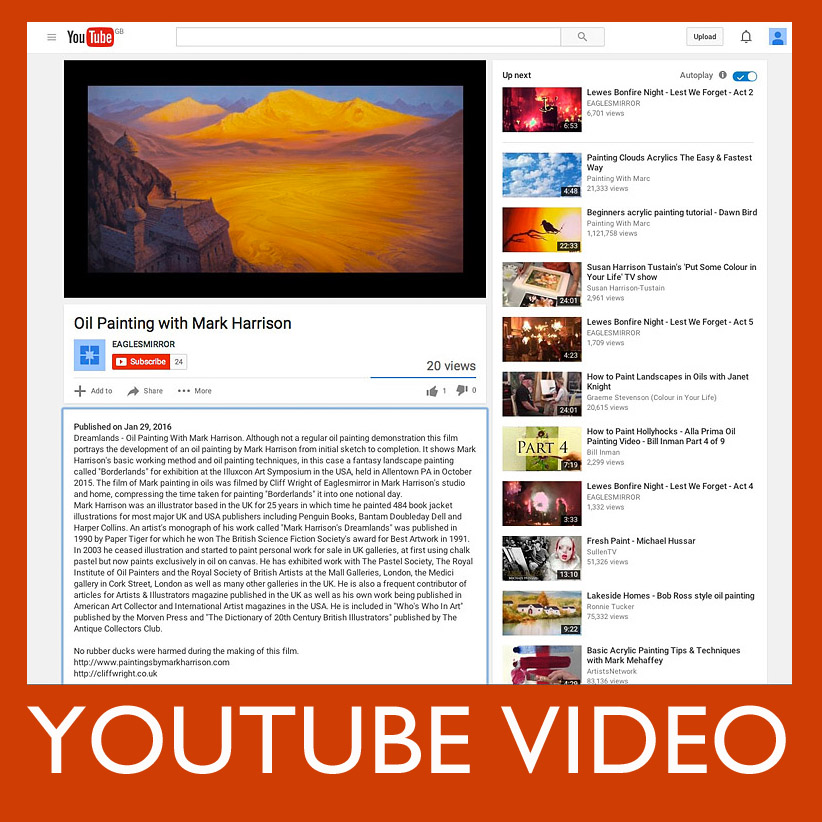